Do you ever feel really stressed, frustrated, bitter, or just in a dumpy mood? Maybe so much so that you feel exhausted? These feelings describe the opposite of happy. And we just want to be happy, don’t we? I’m going to share something with you from my personal journal that may offend you. I have an answer to this stress & exhaustion that may surprise you. It surprised me and I wrote it. That happens to me on occasion. I believe deep insight, inspiration and encouragement come to me by simply taking the time to write. You should try it. You might be surprised at the wisdom you have locked up in your mind. I digress.

I believe that a major cause for our stress, exhaustion, frustration, and general unhappiness is because we blame others for our unmet expectations. We have expectations (from deep in our mind, but rarely verbalized) that others will do as we please, or as we need (expect), for surely our needs are simple and reasonable. The trouble is that we subconsciously tie the satisfaction of our expectations to our happiness. If others don’t comply, we get upset. And it’s all their fault. They must fix it (behave differently) for us to be happy. This of course, is a terrible way to live.

To have our mood and attitude dependent upon the actions & behavior of another must be exhausting and stressful. A sober self-assessment is required for we will never easily acknowledge this is really happening to us. The truth is, we can never control the behavior of another, but we can always control our own behavior. We are in charge of ourselves.

So someone close to us is not behaving well according to our opinion of the matter. (Isn’t the expectation we hold more strict for those closest to us?) What are we to do? We should take the advice of Jesus. He said we are to simply love. Love always wins. Being frustrated, bitter, stressed, and exhausted will not make another’s behavior improve. But love will. Yep. #lovealwayswins 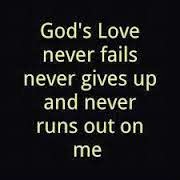 I believe this is just like what Jesus has shown us. Jesus loves us with an incredible love, an everlasting love, a love that pursues us even when we turn away, even when we are bad. Jesus died for us because of his great love for us and so we could be with him in heaven for all eternity. There is no other way for us to get heaven than by the loving sacrifice of Jesus. His love is entirely selfless and perfect in every way. We don’t deserve his love and we can never earn his love. Our response to that love is to love Jesus in return. To obey him and know him and serve him. Not because we must earn his favor (because we already have it), but because we’re so grateful for Jesus’ love and loving him is a natural way to express gratitude.

In the same way, If we can REALLY love those who frustrate us like no other (aka those closest to us), if we can just love the people we expect to behave a certain way to make us happy but always fail, I believe the natural response of that person will eventually be to love us back out of gratitude for the grace, mercy and love shown them. That’s just how it works. #preachingtomyself #easiersaidthandone

As followers of Jesus, we are to be known by our love. We can draw others to Jesus by simply loving them. We can make our relationships better by simply loving those close to us despite their flaws and frustrations. It’s our choice. Stop waiting for others to “get it together” and just love them. I’m willing to bet that if we love others well, our frustrations will decrease and our overall happiness will increase. Love always wins.

One of the greatest joys I have experienced as a dad is captured in this video. The way I see it, one of my most important jobs as dad is to pass the baton of faith to my son. Brandon received the baton and took a bold step in his spiritual journey. Angie and I are very proud of his personal decision and the young man he is becoming.

Man, my eyes well up with tears of joy every time I watch this video. God is so good! 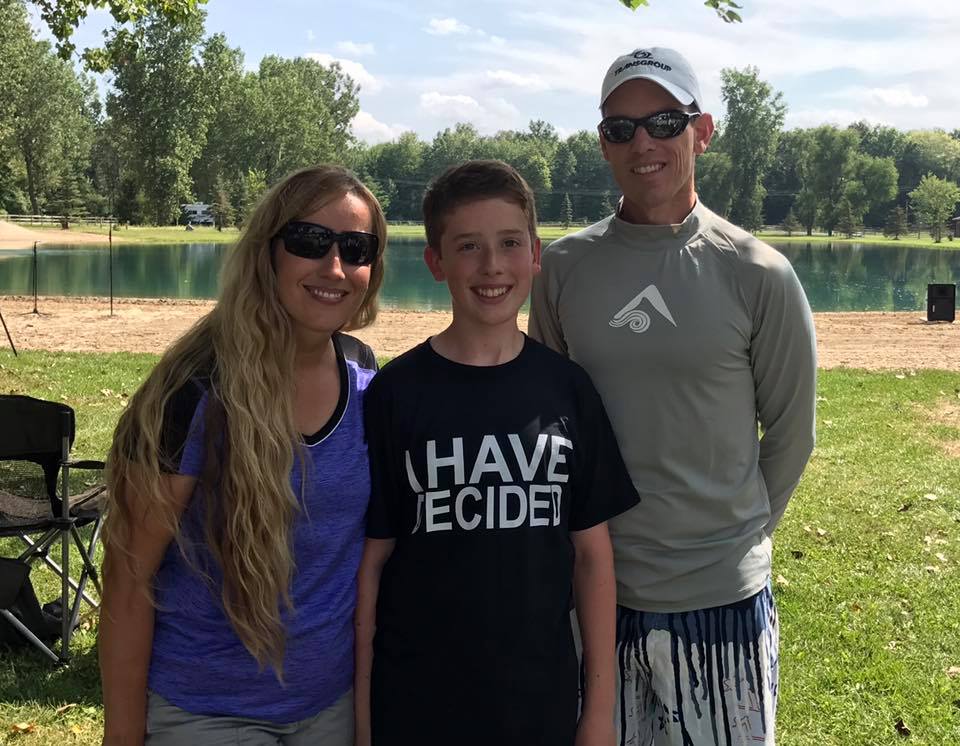 Music is powerful. What we listen to matters. As a teen, I listened all kinds of terrible music. It was the cool thing to do. What I didn’t recognize at the time is how the music influenced my thoughts and behavior. Looking back 25 years later, I can see some poor choices I made (or even just the way I thought about myself and the world around me) were influenced by the messages in music. Unfortunately most of those messages were negative. Don’t believe music matters? Do a Google search for ‘music and behavior impacts’ and read for yourself. The science is overwhelming.

In college I was convicted of my music choices. Convinced of the scientific theory that “garbage in=garbage out” and that music is just like every other input to your life, I decided to trade up my music for something that would encourage my soul instead of drag it down. I chucked all my old music. Everything from the ‘lost my girl’, and ‘woe is me’ country music choruses to the sex, drugs, and death themes of rap and heavy metal bands of the 80’s – 90’s was traded in at a campus music reseller so I could invest in more positive & uplifting tunes.

I’m glad I did. Isn’t it true that your favorite music TODAY is what you listened to when you were a teen or young adult? It sure is for me. Thankfully, I have a solid collection of music I’m happy to share with my teen son and anyone else for that matter. I feel no guilt or shame for the messages in my favorite music. In fact, when I hear some of my old favorites, it takes me back to good times in college. And now I love to sing along with my son (if you can call what I do “singing”) because he loves the music too. We are worshipping the Lord with our ‘joyful noise’, which is way better than singing “Baby Got Back” or “High Speed Dirt.” Yuck.

Just for fun (and because I know you are curious), here is a list of some of my favorite bands.

Audio Adrenaline – So many good songs and memories to go along with them. This band is my favorite – especially the stuff from 2000 and older.

DCTalk – Oh man, when “Jesus Freak” came out in 1995, my mind was blown. These rappers turned rockers are so fun. Very good stuff.

Newsboys – I prefer the old school albums with Peter Furler. Their “Go” album is among my favorite all time. Makes for very fast running somehow.

Third Day – Mac Powell has been around forever, but his voice is legend. Rock & worship as only he can do it. Legit.

Geoff Moore & the Distance – the first Christian band I got into. Happy songs.

Fear Not – only one album, but it is pure old school 80’s hair band rock & roll that sounds like Skid Row. Except they sing about Jesus. It’s really good.

Guardian – another awesome band that should have stuck around longer. Old school rock with witty lyrics about faith, hope, love, and Jesus.

Skillet – I’ve liked these guys since their first record in ’96. They just plain rock.

Fireflight – I don’t normally like female vocalists, but this is one exception. Hard hitting and deep lyrics.

Day of Fire – Very raw and real lyrics about life & faith from a guy who found Jesus after doing the hard living thing with a popular secular band. This music makes me run faster.

What music feeds your soul?

“There are no great limits to growth because there are no limits of human intelligence, imagination, and wonder.” – Ronald Reagan

The ultimate underlying goal of personal development is to be the best version of you possible. Here is a selection of books that have been impactful to my healthy living journey.

The difference between the people that achieve their goals and those who don’t boils down to good old-fashioned discipline.

The most difficult and challenging yet rewarding role men play is husband. And it’s not a game. We should be reading about how to be a better man and husband and then actually apply what we read.

Discovering the Mind of a Woman

The Man in the Mirror

Goals give your life purpose and direction. Goals put you on the path to achievement and fulfillment. Goals tell you where you’re going so you can take the right steps to get there.

The Best Question Ever

Your soul is with you for all eternity. We should feed it, care for it, and strengthen it even more than our physical bodies. Besides the Bible (which I highly recommend reading daily), these books have been very impactful to my spiritual journey.

The Prayer of Jabez

Secrets of the Vine

You have to be able to adapt your communication style to the person you’re talking to, the subject you’re discussing, and the environment you’re in.

The Anatomy of Peace

The 5 Dysfunctions of a Team

**Disclaimer – I recommend these books because they have a message, or theme, or even a tidbit that has encouraged me and helped shape me to who I am – and who I aim to be.

That does not mean that I agree with EVERYTHING every one of these fallible human authors has written. I’d love the chance to discuss your thoughts on any of these books and to hear about impactful books you have read.

One final thought: I admit that it is easy to read & study influencers about their tips and strategies to be great at (fill in the blank) as if learning about it is really something. Learning is just the start. The key is to take action from what you learn. Reminds me of this bible verse from James 1:22 “Do not merely listen to the word, and so deceive yourselves. Do what it says.” #notetoself #takeaction #practice

Let me break down this whole God thing into this simple contrast that has made all the difference in my spiritual journey. This is what religion looks like:

My point is that God relates to each of us as individuals and according to our relationship with him, in a much more perfect way than we relate to our kids. Does that make sense? We are not God’s robots and he is not our cosmic vending machine. God wants to be our friend. He wants a relationship with us. When we finally get it and invite God into relationship with us, we will find all that we have ever been looking for.

My personal spiritual journey includes a constant tension between me trying to please God by being good (and failing miserably) and me just seeking God as my heavenly Father and friend. Though I can be pretty stubborn in my old ways, I find much more peace, joy, contentment, and blessing when I simply love God and relate to him honestly and often. #preachingtomyself #underconstruction #workinprogress

**Special thanks to Pastor Ryan Wright and Bedford Alliance Church for inspiring this article from the sermon series Toxic Religion.**